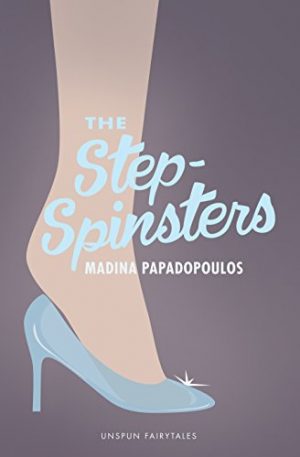 You think you know the story of Cinderella and her evil step sisters but do you know the whole story. ‘Step Spinsters’ gives an alternate view of the classic fairy tale. In ‘Step Spinsters’ the stepsister are misunderstood and Cinderella isn’t as perfect as we thin she is. After Cinderella leaves to marry her prince charming we learn that her step sisters and mother are in a dire situation. Non-noble women are not allowed to own property. As such the step sisters and mothers will have nowhere to live should one of them not marry in a short amount of time. I was really pleasantly surprised by ‘Step Spinsters’ I thought that a retelling through the eyes of the step sisters would be silly and hard to believe by this wasn’t true at all. Both stepsister, Fredegonde  and Javotte came across […]

Sam is haunted by her parents death. She is at fault for what happened to them. Her punishment is to live with abusive foster parents that only care about the stipend she brings them. Sam’s life changes when she meets California boy, Ben. Ben is the son of movie star turned animal conservationist parents. What will happen when Sam becomes wrapped up in Ben’s world. To me there is two separate plots to, ‘Burning Bright’. The first is Sam’s gritty struggle to survive. She lives in a tent so as not to have to live in her foster-parents house. She is in constant fear of her foster-father. Sam also has to work in a second-hand store in order to pay for essentials such as clothing and food. She sees this as a penance for what she did to her parents. What […]

Fourteen year old Bulgarian, Nia, is attacked while taking a train across Europe (she is going to face her cheating ex-boyfriend in Berlin). She is rescued by Kurt, an unlikely hero.  Kurt is a eighty-nine WWII American war veteran.   The premise of this story fascinated me from the start. I mean how often do you read a story about an eighty-nine year old man and a fourteen year old girl who become international crime suspects. It also is an amazing idea to flip points of view between Kurt and Nia. It is interesting to see the same situations through the eyes of two vastly different people.   I really love the personal and historical background that is sprinkled throughout  ‘The Unusual Suspects’. I really fell in love both Nia and Kurt. The flashback of Kurt’s budding romance with his […]

‘The Shadow of a King’, tells the story of Uther Pendragon, King Arther’s father. The story begins with Uther late in life and near death. The ‘The Shadow King’ then flashes back to Uther’s early reign. What I Loved: The concept of the story of King Uther’s father is an interesting one. Something that has not been done a lot in literature. Gray gave strong personalities to the characters. Uther, Morgan Le Fay, Gorlois, and Sir Ector, all had complicated and deep characteristics that added depth and interest to the story. The descriptions in ‘The Shadow King’ were also vivid and interesting. The Middle Ages are often romanticized. In ‘The Shadow King’ everything is described in gritty reality. Gray really brought alive how dark, dirty, and unhygienic the middle ages were. What Left Me Wanting More: Although I did like […] 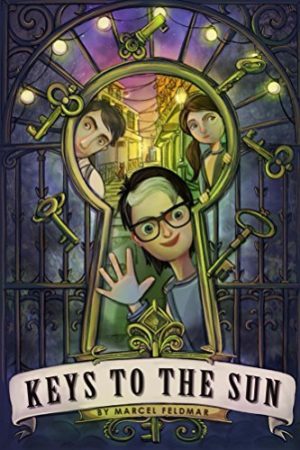 ‘Keys to the Sun’ tells the adventures of two brothers, Lucas and Parker Chase. They are in New Orléans to visit a family friend ‘Aunt Ruby’. While there they and a new friend, Nicole(Cole), find a map that leads them on a treasure hunt around the French Quarter. What I loved   I loved the idea of a hidden map that gives clues to a hidden treasure. I also loved that the story incorporated a lot of New Orléans history. An example of this is the haunting story of the casket girls who arrived in the city with casket trunks and then promptly disappeared. I found the prose well done and easy to read. I did also love the characters of Cole, Parker, and Lucas and I loved brother’s interaction with each other.   What Left Me Wanting More   First off, this book read […] 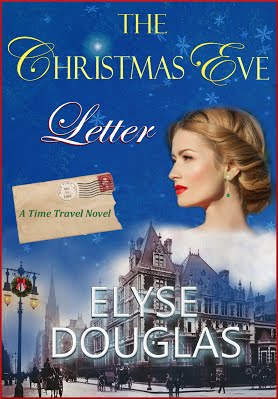 Review   Eve Sharland is just coming out a messy divorce, when she finds a touching love letter inside a lantern . She is startled to realize that the person the letter is addressed to has the same name as her. She discovers the lantern can propel her to 1885 New York city. She also realizes that she may be there to change the past. She  struggles in eighteenth century to fit in and find her way home.   Ever since I saw the movie’ Somewhere in Time’ as a child, I have been intrigued by the idea of time travel. Especially, time travel with romance woven in. So I was really excited to read ‘ The Christmas Eve Letter’.   The descriptions of ninth century New York was vivid and very well researched.  One thing that is not realized in some […]