Kate is attempting  to restart her career as a reputation manager. She does this by taking on a job at Kincaid Industries. Kate’s life is turned upside-down when she meets the heir-apparent to Kincaid Industries, Chase Kincaid.     This is What I Loved:   *I loved that the story took place in Oklahoma. This is a nice change of venue for a setting. I really love when books take place outside the typical novel locations of New York, California, and London.   *I loved that Kate was working hard to rebuild her career after it had come crashing down and she was doing it totally on her own.   *I loved that Chase had a dog. I love pets in stories.   *I loved that there were some steaming scenes but they weren’t the main focus of the story. […] 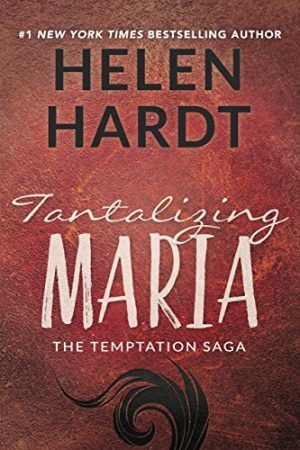 Maria married her lover’s brother after her lover is sent away to prison. Years later Maria’s husband has died and her lover, Jefferson Bay, is released from prison after he is found innocent.   ‘Tantalizing Maria’ is #7 in the ‘Temptation Saga’. The series is based around different members of an extended family. I have not read any of the other books in the series but this novel can be read as a stand alone. I had never heard of this series (romance isn’t really my thing) but I received this book in a subscription box and it had good ratings so I thought I would give it a shot.   Honestly, I don’t really have a lot to say about this book, so I’m going to make this a mini review.  The POV alternates between Maria and Jefferson’s past […]

The Highland Grooms series centers around the Mackenzie clan. Each novel revolves around the relationship of one of the male members of the family. Robbie’s love is killed while he was in exile.  Bernadette is the governess of the women Rabbie’s family has arranged for him to marry. Almost immediately both Rabbie and his intended, Avaline, know that they are not a good match. Avaline is smitten with one of Rabbie’s brothers and Rabbie is drawn to Bernadette. It turns out that  Bernadette has a tragic past of her own. I am not a big romance reader. I can honestly say that I only occasionally read a romances . When ‘Hard-Hearted Highlander’ came as  surprise book mail, I wasn’t sure I was going to read it. ‘Hard-Hearted Highlander’ takes place eighteen century Scotland just after the Jacobite Rebellion . The historical information […]

‘A Summer to Remember’ is novel six in the ‘Tall Grass Series’. Pappano based the series on a group of women who have lost their husbands in war. The women form a sort of support group they call ‘Margarita Club’. Each book in the series focuses on one or two of the women as they carry on with life. This novel could be a standalone book ,as you don’t need to have read the earlier books in the series to understand what is happening. I don’t often read romance novels but this one stood out to me because of its war widow premise. I also have tried to read books outside of my usual genres of young adult, literary fiction and historical fiction. This story mainly focuses on Fia. A twenty something women who lost her husband and  is […]

‘What Happens Now’ is a great book for summer reading. It was a really quick read for me. The prose was easy to read but not too simple. The characters were very realistic and well-developed. They acted as real teenagers would but not with so much teenage jargon that I, as an adult, wasn’t able to understand it. I thought Ari was especially well-developed. Her faults  were human and believable. Camden, who at the beginning, seemed perfect, progressed through the novel, as  regular quirky teenager. I also loved that the supporting characters were also well described and well-developed. One of the things I loved about this book was that it addressed many of the common problems teenagers face such depression, broken families, and making bad choices. One of Ari’s issues that I found most significant was her responsibility of […]

‘Beyond the Rising Tide’ is a contemporary romance with an interesting twist. Kai saved Avery’s life. In the process he drowns. Kai and Avery are total strangers when this happens. As a result everything about the boy who saved her life is a mystery to Avery. The gilt Avery feels for what happened causes her life to spiral downhill. Kai, in the afterlife, still feels drawn to Avery and her torment and attempts to help her move on. Paranormal is not a genre that I usually read. However, I was drawn to this book because of the unique premise. The story is full of rich detail of the strong emotions that both Kai and Avery feel. Avery is often conflicted with her feelings for Kai, her ex-boyfriend, and her mentally ill mother. Avery’s  emotions were very raw and made her very easy […]