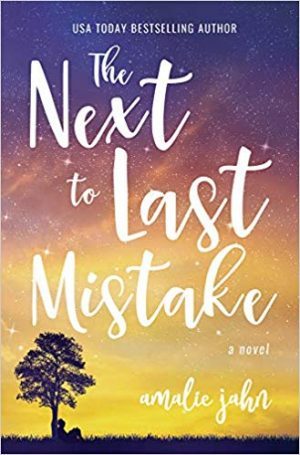 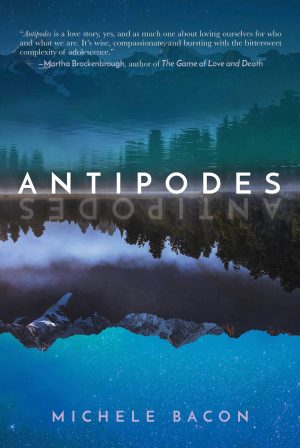 In geography, the antipode (/ænˈtɪpədiː/) of any spot on Earth is the point on Earth’s surface diametrically opposite to it; the antipodes of a region similarly represent the area opposite it.   High school student Erin’s life is in shambles after a run of bad luck. She is worried that she will not have what it takes to get into a top college. She decides to opt for a work-study program in New Zealand to add to her résumé.   It’s evident from the beginning that Erin leads a privileged life in America. When she arrives in New Zealand she is taken aback by her host family’s small, cold, house. Erin often comes across as spoiled and bratty.   This was one of three recent books I read that take place in New Zealand. The scenery seems amazing and New […] 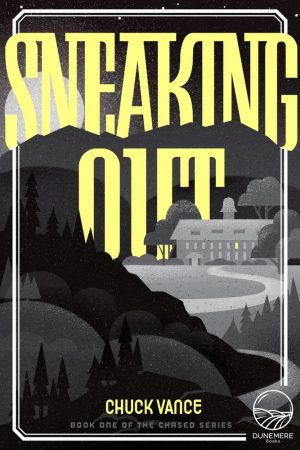 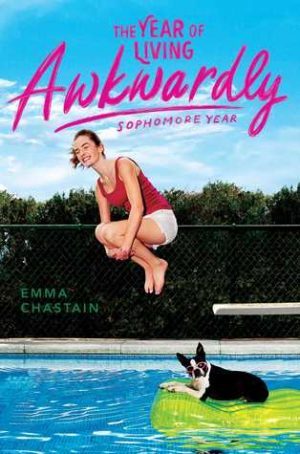 “The point of the musical is that Nellie’s racism is disgusting and that you can be a cute, fun girl everyone considers so nice and still have this snake coiled in your heart. “   “It’s like Tris let go of his trapeze and he’s falling through the air, waiting for Roy to catch him, but Roy is outside the circus tent making out with the lion tamer.”   “It was a perfect fall afternoon. Cool air Lavender sky. Leaves the color of cherries. Smell of wood smoke. Sometimes New England is so New Englandly.”      Chloe Snow is a high school sophomore who is struggling with the abandonment of her mother. She also is absorbed in taking her PSA, school, boys and friends. She must keep it all together to make it through her sophomore year.   […] 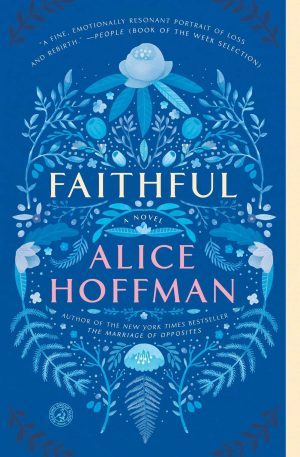 Seventeen year old Shelby and her best friend, Helene, are in a horrific car crash. Helene is left in a permanent coma. Shelby recovers physically but she follows a path of self-destructive behavior. Shelby’s behavior is not only a way to punish herself for the accident but also a way to form a barrier to her mental recovery.   Having read Hoffman’s previous book, ‘The Rules of Magic’, I went into, ‘Faithful’, with the impression that it would have paranormal elements. When the story begins, I thought that the story would follow both Helene and Shelby. I was pleasantly surprised when, ‘Faithful’ turns out to follow Shelby’s mental health after the crash. I’ve put off writing this review for a while. I wanted to give some thought into how I really felt about ‘Faithful’.   I really love Shelby’s story. […]

Aza is a high school student who struggles with severe OCD (she constantly worries that C.Diff is going to kill her). She must fight against her own mind and help her friend Daisy find a fugitive billionaire and claim her reward. Oh, John Green, how I love to hate you. I told myself there was no way on earth that I would ever read another John Green book.  Then I found out that ‘Turtles All the Way Down’ is about OCD. I’ve had severe OCD since I was a child so here we are.   I’m going to separate this review in two separate areas. First a general review and secondly how well Green paints an accurate picture of OCD.   First the Book In General: John Green is the master of writing a book that’s easy to read. All […]

‘There’s a certain kind of light that I should have been afraid of all along.’   Radium was discovered by Marie Sklodowska-Curie and her husband Pierre Curie on December 21, 1898. When radium decays it causes luminescence.  With America’s entry into WWI came a need for self-luminous aircraft switches and instrument dials. Marie and Pierre Curie by André Castaigne  Soldiers involved in trench warfare were especially in need of watches that could be seen in complete darkness. The harmful effects of radium were not yet known.    Factories that produced the luminescent dials were set up Orange, New Jersey, Ottawa, Illinois, and Waterbury, Connecticut. These factories employed young girls and women to paint the numbers and hands with radium. Enter the radium girls. Watch hands painted with radium  The painters were instructed to point their paintbrushes between their lips to create finer details on the numbers […] 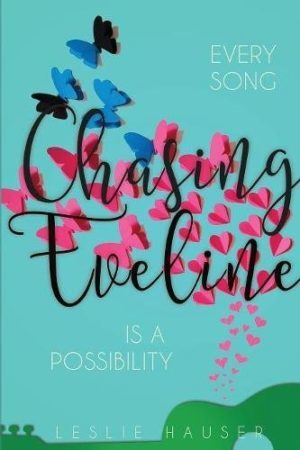 Ivy is desperate to connect with the mother who abandoned Ivy and her dad. The closest connection she has to her mother is their mutual love of the 1980’s band ‘Chasing Eveline’. Ivy and her friend Matt mount several schemes to raise money for a trip to Ireland. Once in Ireland they hope to reunite ‘Chasing Eveline’. Ivy secretly hopes that her mother will be at the bands reunion. This was such a cute read. I loved all the crazy (‘I Love Lucy’ type) projects that Matt and Ivy used to make money. Ivy has big ideas that never quite worked out the way she planned. I really loved the perseverance that Ivy had to never give up on her dream. I loved the relationship Ivy had with her dad. I think it was a unique perspective to have a single […] 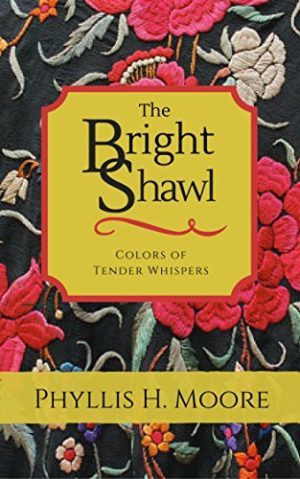 Bella is terrified of her step-father. When her mother dies and her sister disappears, Bella knows she must plot her escape. My Thoughts: I am very conflicted about my feelings for this book. I decided to think on ‘The Bright Shawl’ for awhile before writing a review. I really enjoyed the story and it was a super quick read for me. The paranormal elements kind of threw me for a loop though and make the story somewhat hard to believe. What I Loved: I really liked the premise of the story. A girl struggling to escape her abusive, drug dealing step-father. The details of Bella’s living conditions really drew me in. I could totally understand why she would want to get away from her step-father. The prose of ‘The Bright Shawl’ was amazing. The author described everything is vivid detail. […]

Sadie is doing all she can to make it through a boring. Her main claim to fame is that her father, Woody,  is the local ice cream man. Then one day, while  working at the local farmers market, she saves a baby in distress. Sadie then gains local celebrity fame. She’s  invited to a local community service awards event. At the event her and the other four honorees(Jean, Gordie, Alice, and Val) decide to do good deeds for those in the community. They call themselves ‘The Unlikelies.’ They do this by spreading anti-trolling messages on social media and giving out cute care package. The main thing I loved about this book is the positive message it sends. That it’s important to be kind. Doing something small can change someones day. Another thing that I really enjoyed was the  subtle humor. This helped to […]